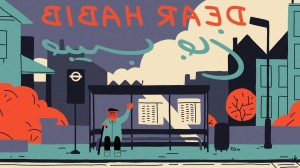 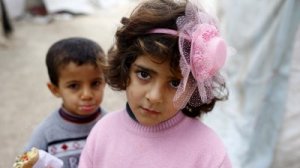 Nando Sigona analyses the predicament of undocumented migrants and the way the uncertainty and stress of the family struggle, as well as restricted access to healthcare services, impact the mental and physical well-being of the children.

Meeting the health needs of a growing and super-diverse, foreign-born population in the UK is a challenge for health services. However, these needs are currently only partially acknowledged and addressed.

Government policy has focused largely on addressing ethnic inequality in health, leaving aside other factors that may have an impact on migrants’ health needs and experiences of the healthcare system, such as country of birth, language, length of residence in the UK and immigration status. The Confidential Enquiry into Maternal and Child Health is a case in point. While it showed that about 20 per cent of deaths directly or indirectly related to pregnancy occur in women with poor or no antenatal care, it failed to consider that one of the main deterrents to access maternity care may be the policy of charging “non-ordinarily resident” patients that was introduced in 2004. Significantly, the Department of Health did not carry out a health impact assessment of the new rules.

According to Maternity Action, “charging women for maternity care has the effect of deterring women from accessing care, irrespective of formal rules requiring care to be provided even if the woman cannot pay in advance”. Many women are not prepared to take on a debt which they are unable to pay and consequently limit accessing services until delivery.

This is further exacerbated by current initiatives aimed at directly linking debt incurred with the NHS to entitlement to gain legal access to the UK. Similarly, research has focused on the health needs and outcomes of specific categories of migrants, such as refugees, asylum seekers, unaccompanied minors, and thus paying significantly less attention to other categories, such as undocumented migrants, including children.

Drawing on research that my colleagues and I carried out at the University of Oxford (2010–2012) and which was funded by the Barrow Cadbury Trust, I will try to highlight, through the testimonies of undocumented parents, some of the impacts of that the lack of legal immigration status has on children’s health status and access to healthcare.

The combination of precarious immigration status, restricted access to healthcare, and financial hardship often has serious effects on migrants’ physical and mental health and can result in chronic conditions such as asthma, migraines and depression. Michelle, a Jamaican mother, explained how her immigration status affected her:

Mentally, it’s really bad. We’re just sitting here, staring, wondering where the next meal is going to come from, when the next bill is going to be paid.

The precarious situation that many undocumented parents experience often means that any change in their situation or negative experience can easily lead to a downward spiral. Talking about her father’s funeral in Jamaica, Jackie, a mother of three, said:

Everyone was like going over, I couldn’t go… my sisters, brothers, they all went over. I was the only child that wasn’t there. I couldn’t eat, couldn’t do nothing.

Seventeen out of 53 interviewees in the Oxford study, both parents and independent migrant children, reported mental health issues that were associated with stress linked to their immigration status. However, signs of stress, exhaustion, anxiety and other impacts on health due to financial and immigration status insecurities were noticeable in most interviews. The majority of the interviewees who explicitly talked about their mental health problems were parents. A number of them reported that they were treated with anti-depressants and/or counselling during pregnancy.

Reasons given for feeling depressed or “low” included fear of being deported or detained, not knowing what will happen in both the near and the distant future, not being able to talk about their problems, losing support networks, or not having any support in the first instance and thus feeling isolated, and being in inadequate accommodation arrangements. Princess, a Jamaican mother of two, explained the uncertainty that she experienced on a daily basis:

Parents’ mental health status has repercussions on children. In the study, we observed that this effect often became circular, in that the parent then again worried about their children being affected by their situation. A young mother explained:

A Kurdish mother spoke out her concern for the wellbeing of her children who had already experienced detention and deportation and had to witness how she was sat down on the floor and handcuffed by the police:

The children were looking into my eyes, they were distraught. I mean the things we went through in the five years, when we came and when we went.

Read the full report: No way out, no way in: Irregular migrant children and families in the UK