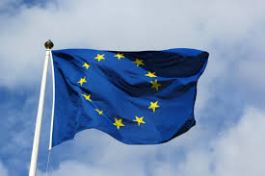 I want to start the day on a positive note. First reason: at the end of the day the 37% turnout to the EU election in the UK is just over one third of the electorate, one third of one third is  roughly an 11% of electorate voting for an anti-EU and anti-immigrants agenda. Of course, I’m not claiming that the remaining 89% are all pro-EU and pro-immigrants but at least they are not so bothered by them (EU and immigrants) to go to a pooling station and, at least with some of them, it may be possible to start a conversation about the EU.  And yes, it is still too much and in this country you get always low turnout, but I think it is fair to say that as an ‘earthquake’ it was not as catastrophic as many commentators have portrayed it. I guess everything needs superlative these days to be in the media.

The second reason for being moderately optimistic about it is that, if one considers the electoral strategies of the Conservative and Labour parties – they would have happily gone to a sunny beach instead of bothering with the vote, the election was basically turned into a sort of anti-EU referendum in which no one really articulated a positive message about the EU, Nick Clegg tried to do it but his position in the government clearly weakened his appeal.

Third, to be honest, the EU handling of the economic and financial crisis and imposition of German-centric austerity measures and un-elected and quasi-elected prime ministers to a number of EU member states made very difficult even for someone from the ERASMUS generation like me to find positive messages for advocating for the European Union. The point is that we need the voice of the major parties in each EU member states to challenge these shortcomings, what we saw instead, was these parties withdrawing from the debate. For once, I was positively impressed by the position of the Italian Democratic Party that campaigned successfully (40.8%) with a message that was roughly this: we are pro-EU and still believe in the project as a political and social project (not just an economic one as it is portrayed in the UK) and because we believe in it we want to have a strong political representation in the EU parliament to change what went wrong in the last few years.

In terms of ways forward, what I would like to see is:  a much more engaged and articulated discussion on the EU and its role in the UK; the main parties putting more efforts into getting people to vote (I have received far more leaflet from my ward-level election) and express their views on a political agenda that goes beyond a yes and no referendum; and finally I would like to know far more of what my elected MEP does and stands for – instead I can hardly remember his/her name.

One thought on “An earthquake but not a catastrophic one”