By Nando Sigona, University of Birmingham

[This article was originally published on The Conversation, 29 October 2014] 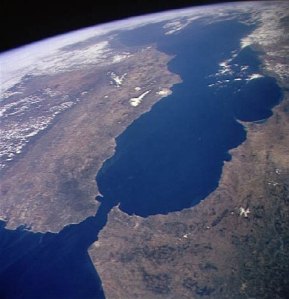 The UK government is seeking to defend its decision not to support rescue missions for migrants making the dangerous crossing to Europe via the central Mediterranean. And even though Europe professes to be stepping up to the plate, the emphasis is now being placed on monitoring European waters rather than actually helping those in trouble. Unless all of Europe faces what is, in reality, a shared problem, many more tragic deaths are likely to follow the thousands that have occurred in the past few years.

According to a recent report by the International Organization for Migration, more than 3,000 have died trying to cross the Mediterranean in 2014 alone. Before then, in October 2013, 366 migrants drowned in a single incident when a boat taking them from Libya to Italy sank off the coast of the island of Lampedusa. As the IOM report shows, Europe has become “the most dangerous destination for irregular migration in the world”.

In the immediate aftermath of the Lampedusa tragedy, the Italian government launched Operation Mare Nostrum, which has seen the Italian Navy rescue well over 100,000 migrants from the sea. But while the operation has been commended as “a great humanitarian success” by the UN refugee agency, it has had significant economic and political costs. Reports on the future of Mare Nostrum are unclear but there have been suggestions that it will be either shut down or significantly downsized.

In any event, the Italian authorities have repeatedly warned EU partners that the country could not carry the €10 million monthly cost of the programme alone. A European-wide programme called Triton has emerged as a result but this is a very different operation.

Although Frontex, the agency in charge of Triton has reported being overwhelmed with offers of equipment to help it in its work, it has a significantly smaller budget and a much narrower remit. Triton is charged only with border control rather than rescue (including in international waters). This has led to fears that migrants will be left to drown off European shores.

The UK has publicly spelled out why it is not prepared to support a search and rescue operation like Mare Nostrum. It argues the operation created an unintended “pull factor” and encouraged more people to attempt the dangerous sea crossing in the knowledge that they would be rescued.

But while it is possible that Mare Nostrum has had a marginal pull, the UK Foreign Office has mistaken causes and means of migration in its criticism. As well known in migration scholarship, migration routes change over time, adapting to opportunities and policy openings. Closing down the route across the central Mediterranean is unlikely to reduce the overall number of migrants seeking to reach Europe as it does nothing to address the causes of migration, instead it will merely force them to pursue different and possibly even more dangerous routes.

As the British Refugee Council has pointed out: “The British government seems oblivious to the fact that the world is in the grip of the greatest refugee crisis since the Second World War”. People will not stop trying to escape unlivable lives in their own countries in the hope of something better in Europe and we have already seen that thousands think it’s worth the risk. If we stop rescuing migrants, others won’t be deterred and even more are likely to die.