[…] we are going, once more, to have the freedom to make our own decisions on a whole host of different matters, from how we label our food to the way in which we choose to control immigration.

You might have been excused if you hadn’t noticed that Brexit was all about food labelling, but no longer now that Theresa May has made regaining British sovereignty a matter of Asda packaging  in her maiden speech as PM at the Conservative Party conference in Birmingham. Prepare yourself for the return of a British classic: tinned spaghetti bolognese with a Union Jacked label and not a single mention of cancerous preservatives and chemical additives casually dropped in the tin. At the end of the day, who cares – Theresa May and her comrades don’t even eat tinned spaghetti anyway. 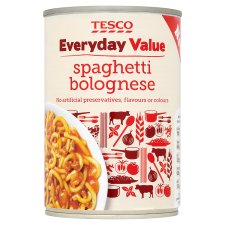 Unfortunately for PM May, next to her speech the Guardian also reports today on tests that found UK-produced pork products infected with the livestock strain of the MRSA superbug, with potentially serious implications for human health. Is this another of those insidious European conspiracies against British livestock? Is the Crazy Pig Disease the Mad Cow of Brexiting Britain?

There are plenty of Empire nostalgists, British exceptionalists, trade Darwinists and ordinary racists getting air time at the #CON16 (never hashtag would have been more suited) conference. But the PM’s culinary nostalgia for the good old food labels captured my attention, perhaps because a part from Nigel Farage’s dream of a return to pounds and ounces only and Boris Johnson’s obsession with the shape and length of bananas I hadn’t heard much about food during the referendum campaign.

So is it regaining sovereignty from Brussels about food labelling? Or perhaps is this some kind of coded message to the big agro-farm business worried about losing generous EU farm subsidies that GM crops are back on the agenda and overintensive industrial farming can flourish untainted by the inconvenience of un-British EU laws about consumers’ rights? Bon appetit, oops, enjoy your meal!

One thought on “‘Made in Britain’ tinned spaghetti Bolognese are back on the British table: Diary of an EU citizen in the UK (13)”