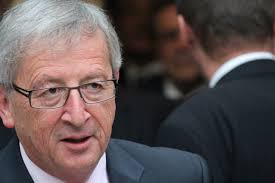 I really hope that this time everyone will be on board. No poems, no rhetoric, action is what is needed.

Fences are not the answer

Europe has made make the mistake in the past of distinguishing between Jews, Christians, Muslims. There is no religion, no belief, no philosophy when it comes to refugees.

An admission of failure

I don’t want to get despondent, but Europe is not in good shape … We have collectively committed to resettling over 22,000 people from outside of Europe over the next year, showing solidarity with our neighbours. Of course, this remains too modest in comparison to the Herculean efforts undertaken by Turkey, Jordan and Lebanon, who are hosting over 4 million Syrian refugees.

We are proposing a second emergency mechanism to relocate a further 120,000 from Italy, Greece and Hungary [in addition to 40,000 agreed in May]. This has to be done in a compulsory way.

I am strongly in favour of allowing asylum seekers to work and earn their own money whilst their applications are being processed. Labour, work, being in a job is a matter of dignity … so we should do everything to change our national legislation in order to allow refugees, migrants, to work since day one of their arrival in Europe.

Call to scrap the Dublin system

The Commission is proposing a common EU list of safe countries of origin. This list will enable Member States to fast track asylum procedures for nationals of countries that are presumed safe to live in. This presumption of safety must in our view certainly apply to all countries which the European Council unanimously decided meet the basic Copenhagen criteria for EU membership – notably as regards democracy, the rule of law, and fundamental rights. It should also apply to the other potential candidate countries on the Western Balkans, in view of their progress made towards candidate status.

Let us not forget, we are an ageing continent in demographic decline. We will be needing talent. Over time, migration must change from a problem to be tackled to a well-managed resource. To this end,the Commission will come forward with a well-designed legal migration package in early 2016.

We need to strengthen Frontex significantly and develop it into a fully operational European border and coast guard system. It is certainly feasible. But it will cost money.